A natural paradise on the sparkling Sapphire Coast of NSW, Eden's extraordinary attractions range from spotting humpback whales in the deep blue waters of Twofold Bay to learning about the region's whaling heritage, bushwalking in Beowa National Park, formerly Ben Boyd National Park, and getting up close to marine life on a guided tour.

Eden is one of the best whale-watching spots in Australia during the annual migration between May and early November. You will find plenty of shoreline vantage points around Twofold Bay and along the coast in Beowa National Park, Green Cape Lookout is a popular spot.

Twofold Bay is the third-deepest natural harbour in the Southern Hemisphere and has a long associated history with whales. You can explore the story of orca Old Tom at the Eden Killer Whale Museum or take the self-drive Killer Whale Trail, which is an intriguing trip into the past when whales were hunted for oil.

Continue the close encounters with whales with Cat Balou Cruises. The annual Eden Whale Festival in October celebrates the southern migration when whales stop to feed in Twofold Bay.

There are plenty of things to do in Eden throughout the year, like relaxing on beautiful sandy beaches, fishing, kayaking, bushwalking and snorkelling. Snorkel or scuba dive in Twofold Bay with Dive Eden and catch a glimpse of blue groupers and weedy sea dragons. Other adventure tours in the region include kayaking with Region X and fishing with Freedom Charters.

Bushwalking opportunities abound in the area, especially in nearby Beowa National Park (formerly Ben Boyd's National Park). The 30km one-way Light to Light Walk, the Far South Coast's premier bushwalk, can be conquered in a day. For something more leisurely, the 800m Boyds Tower Track takes you to the historic tower designed by controversial Scottish entrepreneur Benjamin Boyd.

Spirit connoisseurs should head to North of Eden Gin for a tasting or to make their own bottle of gin. The cellar doors also has an onsite bar serving up cocktails, beer and wine, if you'd rather relax in the garden with your tipple of choice.

If you are after a seafood feast, there are plenty of spots in town to indulge, such as Tidal Restaurant & Bar and Eden Smokehouse. Essentially Eden, the restaurant tucked within Eden’s Great Southern Inn, serves up classic pub fare (think steaks, parmis, lamb cutlets, burgers).

Eden is a little over six hours’ drive from Sydney, seven hours from Melbourne and around 3hr 30min from Canberra. You can fly into Merimbula Airport and hire a car for the short drive south to Eden, which takes about 20 minutes.

Qantas operates direct flights from Sydney to Merimbula four times a week. Regional Express flies to Sydney and Melbourne up to five days a week, with some flights travelling via Moruya. 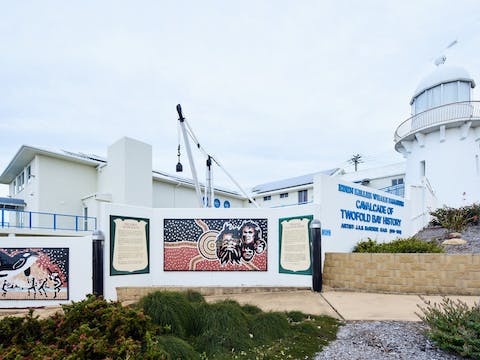 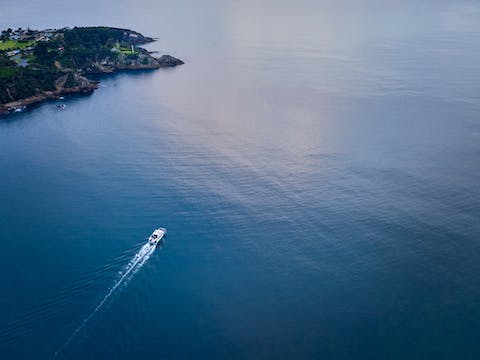 For one of the best whale watching spots along the NSW coast, you can't go past Green Cape lookout. Eden's iconic Snug Cove is where three wharves unite within one of the most stunning coastal vistas of NSW.