Indigenous communities have called New South Wales home for tens of thousands of years. Their rich heritage and culture creating a dynamic tapestry across the state, revealed in sacred sites and ancient rock art. NSW was also Australia’s first European colony, with the story of settlement and the events that unfolded thereafter remembered in galleries and museums, heritage buildings and festivals. Step back in time and see how life here has changed over millennia.

Dating back more than 60,000 years, Aboriginal Australians are the world's oldest civilization. New South Wales is home to the largest population of Australia’s First Nations People, and you can learn about their culture, history and heritage on tours (both guided and self-guided) as well as at museums and galleries across the state.

The convict-built, World Heritage-listed Old Great North Road links Sydney to the Hunter Valley, Australia's oldest wine region. It’s thought that 720 convicts worked on the road, which took a decade to complete between 1826 and 1836. It’s remarkably well-preserved and just as scenic – it’s hard to imagine the harsh conditions endured here back in the day. Explore at a leisurely pace, then pause to pad along the heritage walk through Dharug National Park.

More of the state’s convict past is revealed in former prisons, today transformed into museums, like the Old Dubbo Gaol in Dubbo. Here, a 19th-century facility explores the brutality of prison life, the daring escapes and heritage of the site, delivered in a mix of theatrical performances and modern immersive displays.

And then there’s the Maitland Gaol on the banks of the Hunter River, where you can discover what life was like for the inmates that spent time locked up here.

In Outback NSW, tales of Australia's explorers, poets, bushrangers and graziers are uncovered at the Back O' Bourke Exhibition Centre. Interactive displays bring the evocative history of the outback to life in the northwest town of Bourke, once a major river port on the Darling River.

Near Mudgee in Country NSW is Gulgong, a 19th-century gold-mining town with beautifully preserved heritage buildings lining its main street. Australian writer and bush poet Henry Lawson is Gulgong's most famous resident, and a museum commemorates his impact on the country’s literary world with an impressive collection of original manuscripts and memorabilia. While Lawson spent most of his life in Gulgong, he was born in Grenfell, three hours south, and the town holds an annual festival in his name every June.

In the mid-1800s, the discovery of gold saw fortune-seekers and swindlers descend on the state to fossick for their fortune. Historic gold-mining towns and trails remain today, including Hill End near Bathurst, where you can explore heritage buildings and mine relics. You can try your luck and fossick for gold and precious gems in Inverell, Young and White Cliffs.

If you’re a bit of an aviation history geek, then you’ll want to put aside a day to dive deep into the collections housed at the Temora Aviation Museum in the Riverina region of the state. This enormous facility maintains one of the world’s most impressive collections of historical military aircraft, including the only two flying Spitfires in Australia. Meanwhile, in Singleton in the Hunter Valley you’ll find the Australian Army Infantry Museum (AAIM), with a collection taking you from Australia's pre-federation state colonial armies through to today’s infantry. 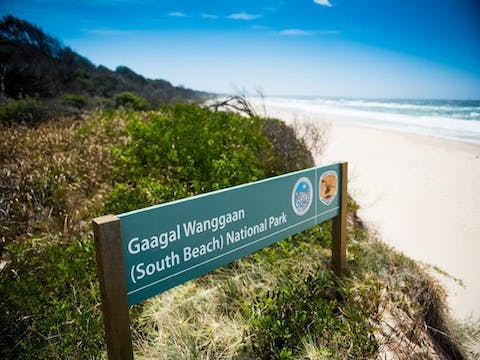 Where History Comes to Life. The Temora Aviation Museum showcases one of the world's finest collections of flying historic aircraft.