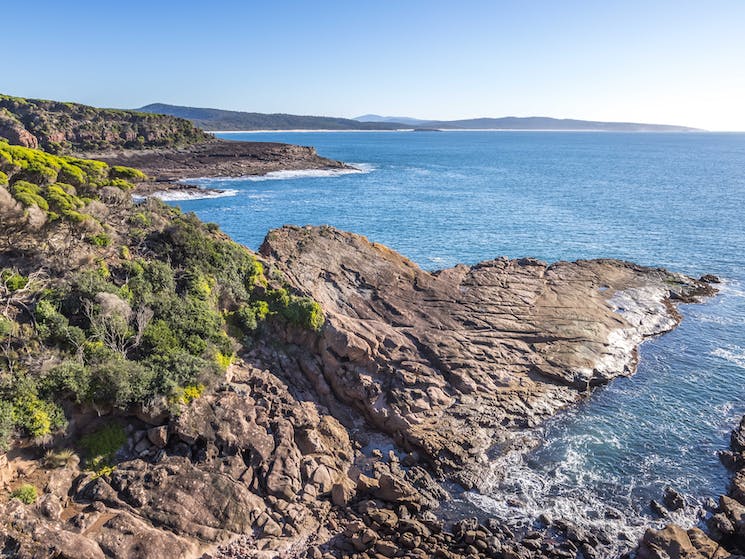 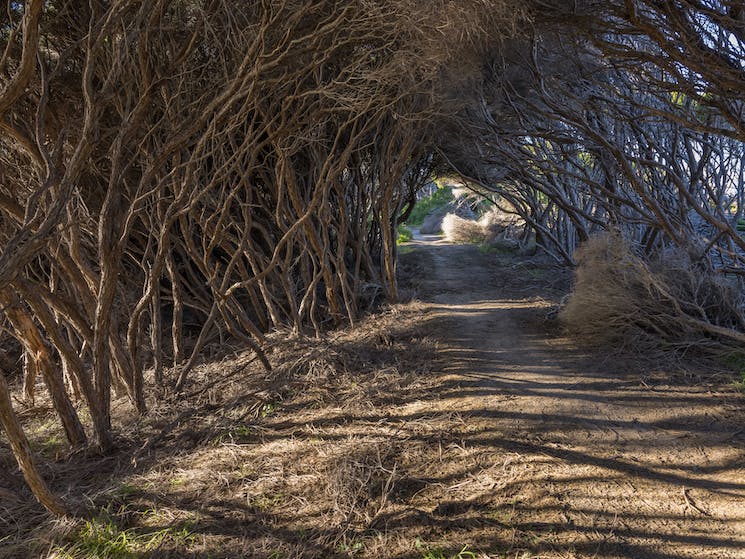 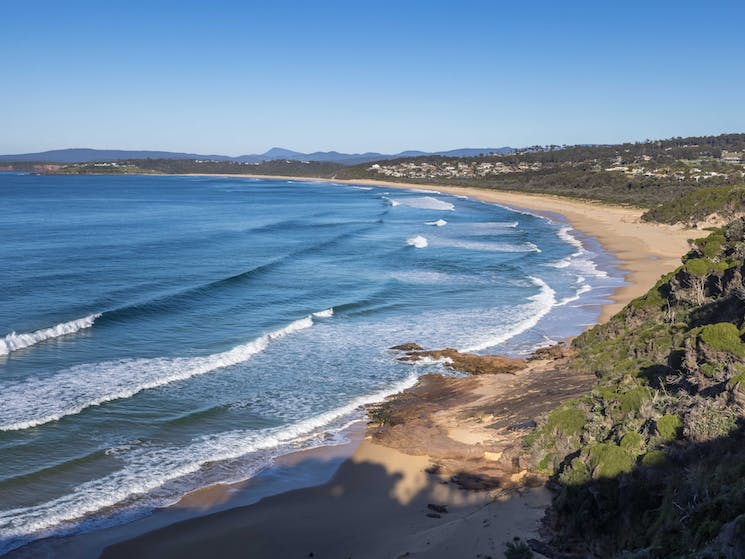 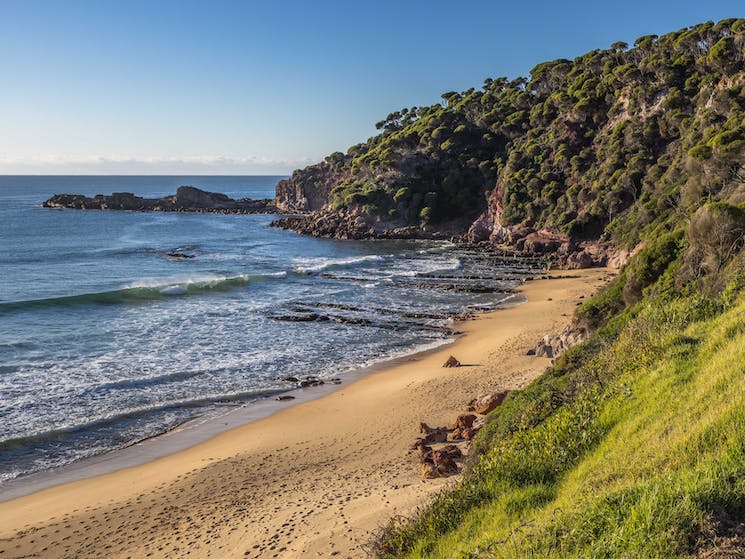 Tura Headland is one of the most rugged headlands on the Sapphire Coast, with epic ocean views and great whale-watching during the spring. The walking track follows a scenic 1.8 kilometre return…

Tura Headland is one of the most rugged headlands on the Sapphire Coast, with epic ocean views and great whale-watching during the spring.

The walking track follows a scenic 1.8 kilometre return trail through melaleuca archways, leading to three new elevated viewing platforms and a final rocky lookout point. Enjoy the views to Short Point in the south and to Bournda Island in the north.

Tura Headland is home to a number of threatened species including long-nosed potoroos and eastern pygmy possums.

Take a walk to Dolphin Cove on the northern side of the headland, popular for swimming, snorkelling and long beach walks.

The vibrant red Devonian rock of Tura Headland is a significant geological feature of the Sapphire Coast. The rock is approximately 350 million years old and marks a significant evolution in life. It is representative of the world's first forests, which caused a leap in oxygen levels, producing rust-coloured iron oxide that stained the sediments of ancient riverbeds.

The path is suitable for wheelchair users who have someone to assist them.