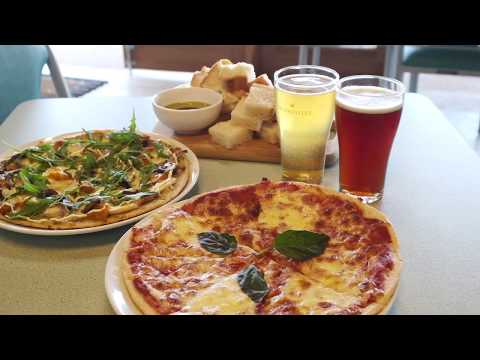 Tumut River Brewing Co started with large plans but a small goal; they wanted to prove that they could start micro-brewery in stunning Tumut. Having reached that goal nearly five years ago via a micro-brewery with a production capacity of 150 litres and a tasting bar the size of an average kitchen, they now find themselves operating a 15,000 litre commercial brewhouse and a newly renovated venue comfortably seating 200 guests and offering 24 beers/ciders on tap including a range of staples, limited release seasonal offerings as well as rotating "guest taps".

They also offer a selection of locally sourced wines and are developing a strong reputation for the quality of their gourmet pizzas.

Their J.W. Pilsner, Portstar Smoked Porter, Deliverance Red IPA and Harald's Helper Dunkelweizen have received national awards and patrons have the opportunity to sample these via their taproom and a brewery tour.

In addition to craft beer/cider and gourmet pizza, visitors can also enjoy live music - most weekends they host a wide variety of acts from around Australia.

Due to current health advice on social distancing, please contact the business for the most up to date information regarding opening times and services.