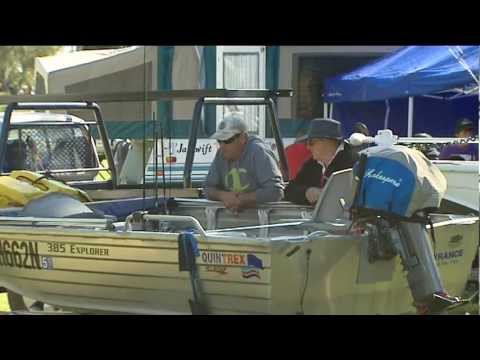 The annual Bidgee Classic Fishing Competition is held on the Murrumbidgee River at Gogeldrie Weir Park on the second weekend in March each year. The competition attracts hundreds of anglers and encourages the catch, photograph and release of native species such as Murray Cod and Golden Perch over 20 kilometres of competition waters.

Proceeds from the event are used to restock the Murrumbidgee River system with native fingerlings. There are thousands of dollars worth of prizes in many different categories as well as live entertainment, activities for the kids, raffles and much more.

Whether you consider yourself an expert angler or a novice, the Bidgee Classic will ensure a great family weekend. Gogeldrie Weir Park is 26 kilometres from Leeton and an ideal picnic area for families with fantastic barbecue facilities, toilets, showers and a kiosk. Camping and on-site cabins also available.