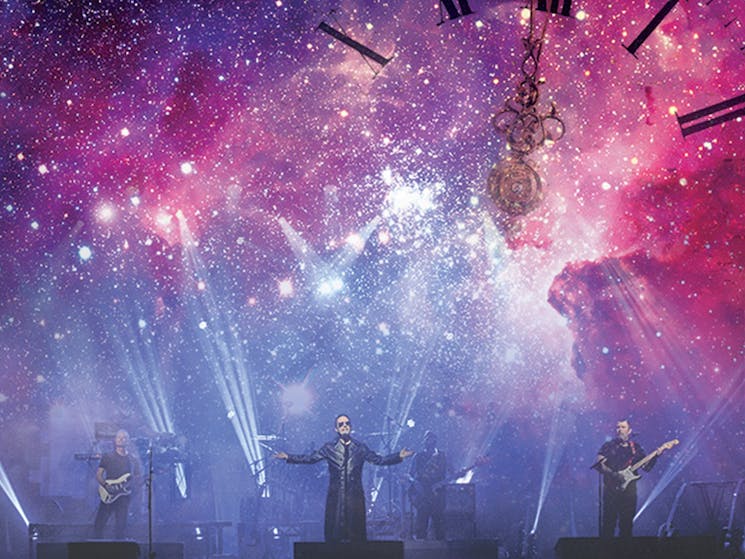 Take a musical and visual journey from Pink Floyd’s earliest days as darlings of 1960’s London’s psychedelic underground, all the way to their 1990’s powerhouse performances as the undisputed masters…

Take a musical and visual journey from Pink Floyd’s earliest days as darlings of 1960’s London’s psychedelic underground, all the way to their 1990’s powerhouse performances as the undisputed masters of stadium rock. In addition, the show will provide insight into the evolution of the seminal English prog rockers throughout their history.

The searing, soaring music and heart-wrenching but deeply contemplative lyrics reflecting Pink Floyd’s own journey as they charted their way through life’s twists and turns, triumphs and disappointments.

Audiences will be treated to an extensive exploration of the band’s impressive catalogue as the gang from Echoes of Pink Floyd play all of Pink Floyd’s smash hits, as well as lovingly hand-picked deep album cuts designed to please the most committed of hard-core fans.

The band aims to authentically replicate the brilliant sights and sounds of one of the world’s greatest progressive rock bands of all time. The Adelaide-based tribute has been touring nationally since 2014, with audiences describing the show as “amazingly awesome” and “a musical and visual journey that never disappoints”, whilst also likening them to “the original band”.

Echoes of Pink Floyd tour with a 4-metre light circle upon which a video show is projected. The band perfectly synchronise their playing to the visuals to complete an experience that delivers the sights, sounds and emotions of a genuine Pink Floyd concert.