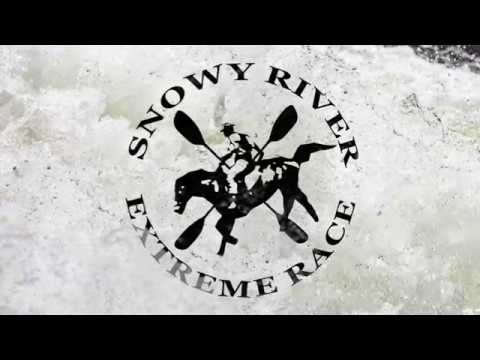 The Snowy River Extreme Race (SRER) is a whitewater race held on the section of the Snowy River between Guthega Power Station and Island Bend. Now established as the largest whitewater gathering in…

The Snowy River Extreme Race (SRER) is a whitewater race held on the section of the Snowy River between Guthega Power Station and Island Bend. Now established as the largest whitewater gathering in Australia, the race sees participants from every state and territory of Australia and has been a drawcard for international competitors from Ecuador, Germany, and the USA. In addition, the SRER is the culminating race of the Aussie Whitewater Grand Prix; a series of whitewater race events held in Tasmania and NSW.

As in the past, multiple classes of events will be held, on two race sections catering for both expert and intermediate paddlers. The expert race will be contested on a 2km Class III-IV stretch of the river, starting just below the “Can Opener” rapid and ending at the “Rafter’s Track”. The intermediate race will be held following the expert race on the 1.7km class III stretch of the river starting at the “Rafter’s Track” and ending at the flying fox at the gauging station. A pack raft and inflatable kayak race will be held in the same section as the intermediate race. We will also host several sub-categories in any section where numbers allow, including formal women’s, juniors’, and C1 categories. All events will be run as “pairs” races, which require competitors to race in groups of two.