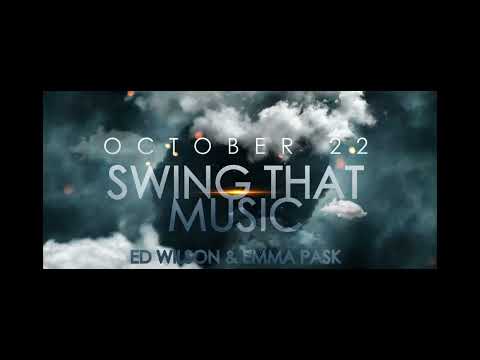 One of Australia’s great music icons, Ed has worked with some of the biggest names in showbiz – Frank Sinatra, Sammy Davis Jnr, Liza Minelli, Bobby Darin, Tony Bennett and Tom Jones to name a few. Ed was an integral member of the orchestras the Don Lane show, Geoff Harvey’s band at Channel 9 and Tommy Tycho’s band at Channel 7, and is still one of the most sought-after session trombonists in Australia.

Joining Ed and AWS on stage is Australia’s favourite jazz vocalist, Emma Pask. Emma’s two-decade career began when she was spotted by the legendary James Morrison – who once dubbed her “the greatest gift to Australian jazz vocals in the last decade”.

This performance features custom arrangements by Ed Wilson for the Australian Wind Symphony in this special celebration event.

Twice delayed by COVID, don’t miss your chance to hear the world premiere of ‘No Lockdown Here’ while bopping along to your jazz/swing favourites from two outstanding international performers, backed by your favourite 40-piece orchestra.